In which Primo informs me that he has signed up for a 10K race tomorrow morning and that he needs to get up at 6:15 a.m., which makes me very cranky as I do not want to have hear an alarm that early on a Saturday


I already have to get up at 6 a.m. during the week. I don't want to do it on the weekend. And seriously - this is not a man dedicated to exercise. His attitude is that by signing up for races (and paying for them), he will be forced to train, to which I say, Really? You can't exercise unless it costs us money? Could you at least find a race that doesn't start at the crack of dawn?

BTW - I do not pay money to exercise. I force myself to exercise because I am vain and because when I am old, I want to be able to get out of a chair by myself. I hate every single second of it. I hate exercising. I don't believe the people who say they like it, but maybe they do. Or maybe they are liars. Whatever. But you don't have to spend money to exercise.
Posted by the gold digger at 11:15 AM 1 comment: 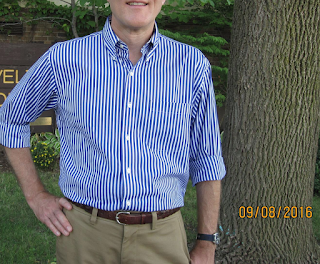 Perhaps we have learned to work together. It has not been a strength of ours in the past. Ever.

Primo: Would you come upstairs and help me, please?

Primo: Please! I need to pick a photo for the campaign lit!

Me: Nope. I do not want to be involved. You ask my opinion and then you argue with me about it. It's exhausting.

Me: All I am going to do is give you a thumbs up or thumbs down on the photo.

Me: I am not going to explain why I do or do not like it.

Me: I am not going to defend my opinion.

Me: Because it's too much work!

Me: You have to promise not to ask me "why?" one single time. If you do, I am leaving.

Primo: Would you take some photos of me?

Primo: Please? You're a photographer -

[Not really. I was in high school, but not any more.]

Me: Fine. But if I do this, you don't get to argue with me about my decisions.

We walk over to the school and I take a bunch of photos and I tell Primo to do stuff with his hands and arms and he doesn't like what I say and I tell him that if he didn't want my opinion, he should not have asked me for it and I am telling him that the pose he wants looks stupid and he needs to try what I say. We argue about where the photos should be and what should be in the background and I explain that it is not a good idea to have a tree coming out of the top of his head. I tell him that he should not be wearing his striped shirt because it confuses the camera (it did for some but not for other photos). He wants me to use both my little camera and his phone and I just want to be done.

Posted by the gold digger at 3:38 PM No comments:

In which someone tells Primo he needs to 1. pay a campaign manager (no - never again) to 2. push him out of his comfort zone, but I am happy that my husband finds it excruciating to ask people for money because I think it is kind of slimy to beg like that

Primo: Oh! I forgot to tell you! At this campaign event today, I ran into Joan. She asked if I had hired a campaign manager.

Primo: I told her I was working with B. She said too bad, she could have recommended some people to me.

Me: Like who? Not T (his worthless campaign manager from his first campaign who has spiraled into disgrace and who has split with her husband - rumor is that he left her because of her drinking). She was awful.

Me: What? No! Not him! He was the kid just out of college who thought he could run a political campaign?

Primo: Yes! Joan said she thought he would be great!

Me: But- he was clueless and a pain in the neck.

Primo: Joan said he would push me out of my comfort zone.

Me: You don't need to be pushed out of your comfort zone. You just need someone to manage a campaign. Unless pushing someone out of his comfort zone means making him ask people for money.

Primo: That is it, kind of.

Me: You are not comfortable asking people for money.

Primo: Nope.
Posted by the gold digger at 3:41 PM No comments:

Primo: Remember that guy who was interrogating me about how many doors I had done and how much I had gotten in contributions?

Primo: He wanted a ride to the event today and I didn't want to have him along, so I told him I had to run errands afterwards. He said that was fine.

Me: So you were stuck with him?

Primo: Yes, but he turned out to be great! We went to the event and he functioned as my helper! He took photos and got peoples' names and he was amazing.

Primo: Then I found out the reason he was asking all those questions is that he ran for the State House years ago!

Primo: But for the other party! And he wants to run again sometime, but now as a [Primo's party].

Me: What's the problem?

Primo: He's scared that people will turn it against him that he ran as X and now wants to run as Not X.

Me: Wow. He has missed one of the biggest aspects of American culture, which is that we love nothing more than a reformed sinner. All he has to do is to say that He Saw The Light and Has Changed For The Better and Will Never Sin Again.

Is there a sexier sight than a man doing a home repair? 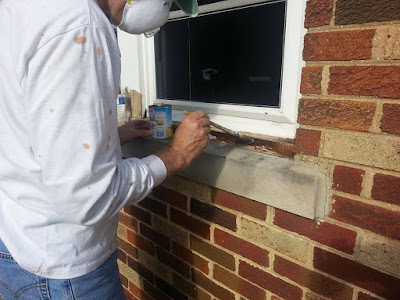