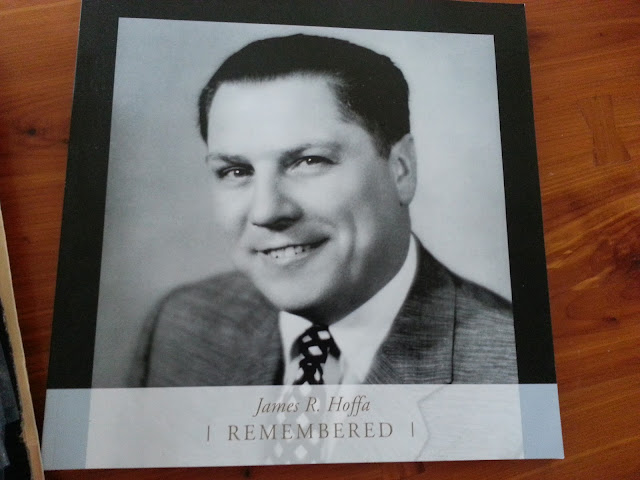 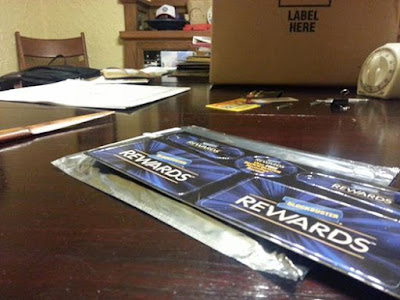 He says it is taking him a lot longer than he thought it would to finish this box. We spent 30 minutes on it the other night and got rid of half of it, but he has been working for over an hour and is still not through.

I observed his work behavior.

I pointed out to him that it might be faster if he would quit putting the mail back in the envelope after he pulls it out to examine it.
Posted by the gold digger at 4:47 PM 3 comments:

In which Doris insults Ted in an old email I found

I am working on The Book so am going through old emails to get the data to prove what I am writing.

Wait. This is not a legal case?

And now, I am rolling my eyes at the passive-aggressive insult to Ted. Not that he doesn't deserve it, but honestly, this pitting of brother against brother is quite unseemly. My mom has never done that. (And my dad never did it.)

Posted by the gold digger at 3:48 PM No comments:

And in which my dad's two brothers and my dad's cousin, all of whom disagree strongly with Primo about politics, refuse to talk to him or to make eye contact but instead pull me aside to tell me what bad taste I have in husbands

OH WAIT! That didn't happen at all!

Instead, my uncles and cousin asked Primo if he was going to run for office again. They talked amicably about what a moron Donald Trump is and my ultra-conservative uncle said that yeah, he doesn't agree with Bernie Sanders about everything but he likes the guy.

My dad's cousin said he would campaign for Primo if Primo ran again.

I said, "But you completely disagree with him!"

Cousin said, "I vote for the man, not the party, and I like Primo."

"That's what my dad always said!" I said. "He got into a fight with my seventh grade social studies teacher with me as their go-between about it because my teacher maintained you stick with the party and my dad said nope, you look at the man."

(Or the woman, as the case may be, but I am using "man" in the "humankind" sense here, not in the "It's a man's world and women are just here to wash the dishes" sense.)

And then dad's cousin and dad's other cousin - the two sons of my late great uncle - both started laughing and telling stories about my dad.

And we all had a good time, even though we were gathered by death. You are sad when a person who is 95 years old dies, but you are not sad in the way you are sad when someone who is 60 or 50 or 40 dies. Ninety five is a pretty good run.
Posted by the gold digger at 5:10 PM 4 comments:

I think I have told you that Primo moved here instead of Pittsburgh because he did not want to live near his mom and dad but wanted to be away from California. He had no ties to this place, which I would prefer to be unnamed because I am paranoid, but moved here anyhow.

My dad's side is actually from this city, but we never lived here because my dad was in the air force and we were all over the place. But any time we were in the US and came to see relatives, we stopped here to see my dad's aunt and uncle. My uncle Fritz, who was a pilot in WWII and then a cop, was my dad's favorite. I remember fishing off the pier in front of their house after uncle Fritz retired from the force and they moved to a family cottage on the lake, a place that there is no way a cop could afford today.

So - coincidence that I am living here, but I am in this city and my great uncle died and I knew him and my dad's two brothers and their wives would be driving in for the funeral and I always like to see them, so a half day off it was.

Primo said he would come with me, even though he said that he did not want to sit through a funeral Mass and I said, "Dude nobody does but it is what you do - it is part of the mourning ritual and that is how it is done."

On the way to the funeral, Primo's phone rang. It was the title company handling the sale of Sly and Doris' house. There is some issue with how the ownership of the house was set up with respect to the trust - do not ask me for details - as soon as Primo started going into them (which he loves to do because he is an engineer and there is no detail too small for an engineer), I said, "This is something to let the lawyer deal with because there is no way you can figure this out."

But what it came down to was Primo might actually own half of the house (which is not that much money after the mortgage and home equity loans are paid), which would be nice because he has already spent a year dealing with Sly and Doris' issues and although he did not take a year off with the intention that he would take care of them and that he would be reimbursed for it, I DO NOT WORK AS A HOBBY. And as Sly disinherited Primo and went out of his way to specify that Primo could not be paid for being trustee, I don't have a single problem with Primo getting some cash.

Now. Back to the funeral. My aunts and uncles were there and my 2nd cousin or whatever my dad's cousin is to me. I saw people I usually only get to see once a year and I saw my great-aunt Helen, who is 92 years old and still rocking.

I talked to my aunt Pat, who is 81. She broke her foot this summer but played golf with her boot. She and my aunt Aggie are always elegant and well groomed and they get up at 5:30 a.m. to go to aerobics and then sometimes they will hit 8 a.m. Mass, sometimes they don't. My aunt Pat is still on the board of health for the county. All of these aunts and uncles keep very active.

And then I talked to my great aunt Helen, my great-uncle's wife. She is 92. (She is my grandma Sylvia's younger sister - you remember Sylvia - my friend Ilene put red lipstick on Sylvia when she was in her coffin because nobody recognized her in the soft pink the undertaker had used.)

Helen is elegant, with it, and standing tall. She is who I want to be when I am in my 90s. I got really lucky with my genes.

I am lucky in so many ways.

Among the items discarded:

We got rid of half of the box and will finish tomorrow.

And then it's on to the remaining boxes in the basement.
Posted by the gold digger at 4:25 PM 4 comments:

In which Primo would rather go running than deal with Sly and Doris' papers, he asks what we have to eat for the rest of the week, and he says he wants to run for office again - WHAT???

Me: Neither do I.

Primo: I have to go running.

Me: Let's do it before you go running.

Primo: I would rather go running than work on this.

Me: I hate running so much.

Me: And you would rather go running than spend 30 minutes sorting through junk?


2.
Primo: We are going to run out of food* before the end of the week.

Primo: What are we going to eat?

Me: There is stuff in the freezer. We will not starve.

Primo: I have a political potluck tomorrow.

Primo: I'm not expecting you to cook something for me to take.

Me: It had not even crossed my mind that I would be doing that.


* We are going to run out of the rosemary pork stew and the Persian okra stew that I made on Sunday.

We spent 30 minutes on Saturday and then 30 minutes tonight working on one box of papers from Sly and Doris' house.

We threw a stack five inches high into the recycling.

We have a stack nine inches high that will need to go to a shredder.

At first, I thought I would take the papers to work and feed them into the shredder in the mailroom, but as the stack grew taller and taller, I thought, Nope, I don't think so. Primo had taken a bunch of stuff to Mailboxes USA in Florida and paid to have it shredded. The estate can pay for this, too.

People. I know everyone who is reading this is responsible and cares about not being a burden on the people they love, so I am preaching to the choir.

However, you may not have thought of making sure that you do not have seven years of bills all thrown together in one file.

Or all of the previous year's medical EOBs.

Every year, in January, I sit down with my files - and yes, I have separate files for separate things - I do not mix everything in one folder - and throw away all the previous year's bills except for the most recent copy. All I need is proof that I am current with the phone company and with my mortgage and with the electricity company.

I do keep annual investment statements, but get rid of the quarterly ones once the annual statement arrives.

Medical bills and EOBs - again, everything from the previous year goes.

I have all of my tax returns since forever, but that is because I am paranoid. But only about taxes. The phone company can't come after me for something from two years ago.

Sly and Doris did not practice this type of document management.

That means that Primo and I now have to go through all of these papers because they are all mixed up and we don't know what's current and what's not.

That knee surgery that Sly had in February 2015? That surgery that you and I paid for via our Medicare taxes (for US citizens)? Sixty six thousand dollars for knee replacement for a man who used that knee for walking only (Feb, Mar, Apr, May) four months. That's $16,500 a month.

We are still not done with that one box and there are many boxes.

This is going to be a long winter.

In which Primo realizes I mean business about the boxes in the living room, the guest room, and the basement

Primo: Can't we just do it some other time? There is no urgency - there is nothing forcing us to do this.

Me: Oh I can create urgency.

Primo: You will get cranky?

Me: Have you ever heard of the play Lysistrata?