In which I curse American Advisors Group, or, We visit 1984

Me: Oh man. Another piece of junk mail for your mom.

Primo: And there is no postage-paid return envelope.

Me: It's one of those companies that preys on old people, so there is no email contact. Give me the phone.

Primo: Are you going to call?

Me: Hi. I would like you to remove my mother in law from your mailing list. She is dead and we are not your target demographic.

Me: Wait. Don't you need me to tell you who she is?

CCP: I have that information, ma'am.

Me: You can't tell me what information you have?

Me: Then how do I know you have the proper information?

CCP: I'm sorry ma'am I cannot give you the information.

Smithsonian sent yet another solicitation for Doris the other day. I forwarded to them the previous three emails I had sent them asking them to remove her from their mailing list and said,

She is still dead.

Maybe that will work.

Then today a catalog from Boston Proper arrived but for me.

You guys, I have not shopped from a catalog in decades. Yes, I buy online sometimes, but from eBay or, a few times, from White House Black Market. Maybe WHBM is selling their mailing lists, but honestly, I cannot see how a company that sells fringed cuffed sweats (Boston Proper) would think it might have customers in common with a store that sells plain black leather skirts, which is what I have bought from WHBM. And the dark green leather skirt. I am waiting for the brown one to go on sale.

I buy leather not because I am kinky (as far as you know) but because it doesn't wrinkle, it is easy to wear, and won't go out of style. Also, it doesn't collect cat hair. And because it Holds Things In and Smooths Them Out.

It is possible that Boston Proper (don't even bother going there - their clothes are tacky) got a mailing list from WHBM. But I buy from WHBM online. I do not shop from catalogs. Ever.

Doris got tons of catalogs.

I suspect that BP used to send catalogs to Doris and that I told them to take her off their mailing list so they started sending their junk to me instead. 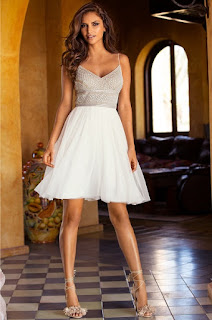 Which brings up so many interesting questions:

1. Why would they think that a woman of my age would be interested in the same kind of clothes as a woman Doris' age?

2. Doris wore t-shirts with cats on them - and I think we can all agree there is nothing wrong with that - but do cat t-shirt wearing women wear outfits like the one above?

3. Even if Doris had been a little more elegant in her clothing, Stacey and Clinton would steer her away from the outfit above as being completely not age appropriate.

In which a Pod Person replaces Primo, I think

Did I tell you guys what my husband, whom I love dearly, said to me last night that made me think, "You are the hottest hottie ever!"?

(Is that how that sentence should be punctuated? I don't know.)

You know I have been KonMari'ing the place. But I have not thrown things away or taken them to Goodwill yet (except for a bunch of empty boxes that I put into the recycling without Primo knowing). Instead, I have been putting things into the corner of the basement, the idea being that if we don't even notice that these dishes/lotions Primo moved from his apartment eight years ago/old tupperwares I put downstairs when we got a set of Rubbermaid where all the sizes nest and we have lids are missing for a month or two or more that we can go the rest of our lives without them.

I had planned to wait a few months and then AHA! Primo with my clever strategy, knowing there was no possible way he would ask, "Where is that Corning Ware Dutch oven that you have not used in five years?"

But he noticed the pile of stuff in the basement and asked about it so I told him.

And he got all stressed about it because that's how he is and he said he can't make a decision while there is so much going on and it would have to wait until a time when nothing is going on which is his MO and to which I always answer that there is ALWAYS something going on in LIFE and you have to decide what you priorities are and of course his priorities are never the same as mine, as he thinks that doing doors for some candidate always wins over me but whatever.

I let him stress out and shrugged my shoulders and said I was going to get rid of stuff.

That was a week or two ago.

Last night, he walked into the basement. He is calmer than he has been because the election was on Tuesday and by last night, he had had two days to get over his disappointment and return to real life, although we are still expecting an explosion from Ted, who did not get what he wants.

He looked at the pile of stuff and asked, "How about if we spend some time on Saturday going through these things?"

I answered, "I would rather have you finish the taxes." (Today is April 8.)

"I know," he said, "but I would have time to do both. I plan to spend Saturday working on taxes, but I can take an hour to go through this stuff with you."

And I thought, WHO ARE YOU AND WHAT HAVE YOU DONE WITH MY HOARDER HUSBAND?!

In which Primo tries to revert to his roots

Primo: Hey. That woman who sold me the computer?

Primo: She used to live in the house next door.

Primo: She said the owner was a hoarder.

Me: That guy told us there was still coal in the basement!

Primo: She said you couldn't even see through the windows.

Primo: In honor of the house's history, I don't think we should throw anything away.

Me: Sure. If you never want to get laid again.
Posted by the gold digger at 6:00 PM 2 comments:

Me: Why can't you just keep your dad's?

Primo: Because I told Jack months ago I would send it to him. But I am really concerned about having to deal with all my parents' stuff without a Mac. 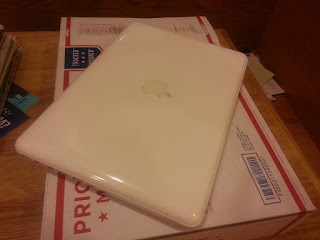 Me: Hey! That is an expense the estate can pay.

Primo: Yeah. Maybe. I have to ship the other one to Jack tomorrow.

Primo: Hey. Should the estate pay for the shipping?


* There is an ancient Mac in our basement.

*** No, I cannot KonMari Primo into getting rid of his ancient Mac.

Me: We have a Mac in the basement.

Primo: No. That's an old firepower.

Primo: But I do have an old Mac in my office.

Me: OK ENGINEER.
Posted by the gold digger at 5:41 PM No comments:

In which I suggest to Primo that I would prefer it if he did not, even if it means wasting 1.5 cans of shaving cream, wear the stinky product that Sly used to use

Even before I knew that it was Sly's leftovers, I already did not like the shaving cream Primo had used a couple of times.

Now that I know it was Sly's, I don't think I can bear to kiss Primo if he smells like that stuff.

Primo has agreed to get rid of it. Which, if you have been reading, you understand is a major victory.
Posted by the gold digger at 7:00 PM 3 comments:

In which Primo uses a new shaving cream that makes me gag and when he explains that it belonged to Sly, it all makes sense

Me: Oh yuck! Are you using that same new shaving cream again?

Me: That is nasty! I can taste it!

Primo: You are weird.

Me: The other day, when I was cooking and you used it, I thought there was something wrong with the food.

Primo: You are really weird.

Me: Why are you using it?

Me: No, that would be wasteful. But why did you start in the first place?

Primo: I brought it back from my mom and dad's.