The Candidate's Wife: Why not just sight with the left eye?

Oh. Because then he would have to shoot left handed.

And he is right handed.

I hope I have not given you enough information to identify Primo in real life now.
Posted by the gold digger at 11:40 AM No comments:

The Candidate's Wife: Will he or won't he?

Primo: The Challenger hasn't posted anything on her facebook page since Thursday.

Me: Since the neighborhood event?

Me: Maybe. You and [Next District Candidate] have a lot more gravitas than she does.

Primo: Definitely. [Next District Candidate] does for sure.

Primo: You think so?

Me: Super accomplished. I always liked working with him.

Primo: Maybe she saw what real candidates look like and got scared.

Me: Maybe. You are both very accomplished and experienced and very thoughtful and knowledgeable about the issues.

The Candidate's Wife: The turkeys are safe 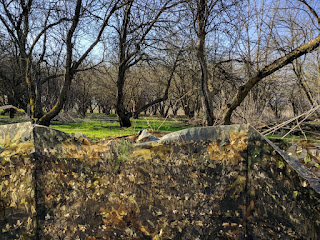 Me: What did you like? The quiet? The view? The hanging out?

Primo: It was pretty and it was nice hanging out with [neighbor]. He's a really nice guy.

Me: Except you didn't catch anything.

Primo: I discovered that even though I have really good vision, I can't use a gun scope easily because I can't close my left eye! I can only close my right eye.

[And as I write this, I wonder, "Then why not just sight with your left eye?" I will ask Primo, dear readers! Stay tuned!]
Posted by the gold digger at 8:30 AM 1 comment:

This will be interesting. 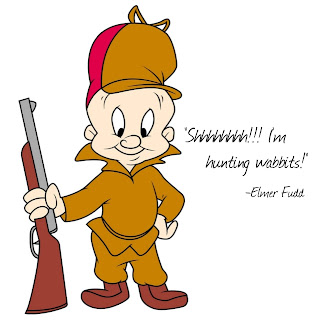 The Candidate's Wife: Primo is tormented about confronting his challenger

Primo: I've been invited to a candidate forum tonight.

Me: Are you going?

Primo: I should. I need to see her speak. But I don't even know if I want to run. It's been so nice this past week not campaigning. We could have our life back!

Primo: It's not that I'm scared of her; it's that I am so tired of the BS. I ran before because someone had to run. But now, if someone else wants to do it, fine. I don't care. I don't have to have this. I've had my career. I don't need this to pay the bills. I don't need this bullshit from her or from other people in my own party.

Me: I will support whatever you want to do.

Primo: I have to know, but I don't want to deal with her or with Not Running Again.

Primo: Maybe I should just go to this other event.

Primo: But I want to see what she says.

Primo: I don't want to speak. But I would have to. How do I talk about how I am the best candidate if I am not even sure I'm running?

Me: You ARE the best candidate. You ARE the person better positioned to win in November. You have been involved in trying to make things better for the people in our district for eight years. You're the one who's been in it since the beginning, not the one who shows up only when there is a chance for your party to win.

Me: You could just hit your talking points and ignore her.

Me: You talk about how you've been here from the start and how your numbers have gone up in each election and you have the name recognition and are the one who can beat the other party.

Primo: What if she says something about me when she talks?

Me: You don't address anything she says. You stick to your script. You don't let yourself get distracted.

Primo: But what if she brings up the highway construction?

Me: Then you ignore her. People who know you know this has been in your platform from the beginning. You have been writing about it for months now. Here's what you do - you talk about how the district has not been winnable since 2010, when the lines were re-drawn, but that you have been in it since then, fighting for the people of [the state], speaking at public hearings, protesting, whatever. Because she is going to say, "Why should you vote for this middle-aged guy who has lost three elections? It's time for someone new, blah blah blah."

Primo: She won't say that!

Me: She would if I were coaching her.

Me: Because those are your perceived weak points and that's where I would have her attack you! You have run three times and have not won. You need to make sure people understand that the district has not been winnable until now - that even the incumbent [who was from Primo's party] wouldn't run again after the re-districting.

Primo: You think she would say that?

Me: I would tell her to. I would also tell her to hit the woman and mom thing hard. Which means you have to make sure to refer to [his stepdaughters and grandchildren]. People think that people without children don't have a stake in the future. You do have children. You have grandchildren. You talk about public education and college costs and say that you were able to pay to send your two stepdaughters to college but you worry that college is becoming unaffordable and that it might not be so easy for your grandchildren to go. You just mention them - don't make a big deal of it - but get it into the conversation that you have kids.

Me: Stick to your script. Don't let her throw you. Ignore what she says. You can do this. You really are the better candidate.

Primo: People who I thought were my friends are supporting her.

Me: That just means they are better friends with her. And it's just four people, right?

Primo: What if I see NRA?

Me: You give him the cut direct.

Primo: I pretend I don't see him?

Primo: What if he talks to me?

Me: Cordial response, look past his shoulder, say, "Excuse me, I have to talk to whoever."

Primo: This whole thing has me so stressed out.