In which Primo and I spend 30 minutes sorting through a box of papers, including Medicare EOBs from 2007, his dad's calendars since 1988, and investment documents for the past four years - if you love your children, purge your records (except tax stuff) every year

Me: I'll keep this little leather notebook. It has only two pages of writing on it. I can tear them out.

Primo: Oh! Of when he exercised - and when he had a BM.

Primo: He kept track of his bowel movements. Looks like every other day. He also noted the days he went to Publix and when the cleaning lady came.

Primo: I do know that they had to buy different toilets when they moved into the house.
Posted by the gold digger at 9:14 AM 1 comment:

When Primo and I were on vacation last summer, right after Sly died, he had his mom's MacBook with him. I was using it and saw all of Doris' files - not because I went nosing around her directory but because there were dozens of files on her desktop and how can you not see something titled "Stephanie and Goldie - why?" or "Farewell note."

Doris and Sly drafted their emails in word and then copied them into their email.

I had opened the one with my name on it with almost no hesitation and shared it with you guys.

But I did not open the note called "Farewell note." It seemed like an invasion of her privacy, although now of course I completely regret not having taken the opportunity when I had it. Can the privacy of dead people be invaded?

I had asked Primo to read it - we thought it might have been a suicide note (she threatened suicide occasionally) - but he had not. I thought all was lost once he gave the computer to Jack.

I mentioned it the other day and he - thank goodness for his compulsive hoarding engineer mind - said, "Yeah, but I copied all of her files to my computer."

I asked him to read the note.

He did and it turned out to be a little farewell speech to some organization where Doris had volunteered. So nothing dramatic.

However, when Primo was looking for the file, he came across another note: "Email for Primo."

Curious, he opened it.

It was a note that Doris had never sent - perhaps she realized there should be some boundaries between a mother and her child? - about Sly.

All she wanted - all she deserved - was for someone to be nice to her.

And Sly could not even do that.
Posted by the gold digger at 2:28 PM 12 comments:

In which I discover my 95 year old great uncle left less of a mess to clean up than Sly, who was 81 when he died and had moved across the country

My dad's cousin, whose 95-year-old father died a few days ago: What has Primo been up to?

Me: He quit his job a year ago and was supposed to have this year to rest, but it didn't work out that way. His parents both had medical issues, so he was down in Florida taking care of them, then they died, and now he is settling the estate.

Me: But did your mom and dad have check registers from the 1970s in their cottage?*

Cousin: No. Of course not.

Me: That's because we are German. We don't keep crap around.

* Where they had lived since I was a little kid, so since the 70s at least.
Posted by the gold digger at 5:26 AM No comments:

Primo: Did I ever tell you what I did with the dirty books?

Primo: I put them in small box, closed it, and dropped it in a dumpster at a shopping center.

Primo: I did keep two little paperbacks - I wanted to see what my dad was reading.

Primo: One is called "The Sexually Aggressive Male."

Primo: I haven't read it. But it's bothersome to think that his sexual prowess was something he was proud of. That he thought that was one of his primary characteristics.

Me: Did your mom think so?

Primo: Maybe sometimes, but as they got older, she wondered why it was such a priority for him.
Posted by the gold digger at 4:29 PM 2 comments:

In which I find a reminder that Ted is just a Just Stay Classy! kind of guy

You guys, I am going through old emails to get detailed material for my book. I found this one from several years ago.

Primo wrote to Ted that we were going to the Apostle Islands.

Ted wrote back, have fun with the Apostles. I don't believe in them and their writings were clearly cobbled together by monastic masturbators. Dad will know more about that than I.
Posted by the gold digger at 6:17 PM 3 comments:

In which my sister the neonatal nurse practitioner whom I love madly cracks me up - she has spent time around Ted, even without me, and knows what a blowhard he is

I'm sure most of my friends feel this way on a daily basis. 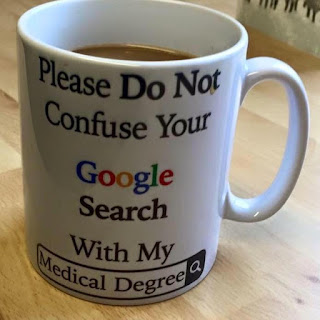 In which not only is there mail for Sly and Doris but also for Nancy, who died 12 years ago and never lived in Florida

Really, guys? She has been dead for TWELVE YEARS. That is, she has not donated any money to you - although I am going to go out on a limb here and say that usually, unemployed heroin addicts are not your biggest givers even when they are alive.
Posted by the gold digger at 3:17 PM 2 comments:

Me: My great-uncle Fritz died on Saturday.

Primo: We are reaching that age where people are going to start dying.

Primo: What am I going to do when my dad's [two] sisters die?

Me: What do you mean?

Primo: I will have to go to the funerals. What if I am back working by then?

Me: Why do you think you have to go to the funerals?

Me: Because your family is so close?

Me: Right. You saw your aunts and cousins for the first time in 20 years at your uncle's funeral a few years ago. You don't email with them and you are not even facebook friends with them. You have spent way more time with my family than you ever have with yours.

Primo: But my dad said your family was "not close."

Me: Yeah. Right. Even so, the only funerals I will attend will be the ones I can drive to. I won't be able to drop everything to fly to an uncle's funeral.

Me: I don't think anyone expects people to take three days of flying and hotel to attend an aunt's funeral unless they were really close.

Primo: What about your dad's funeral? Who went to that?

Me: I hardly remember. I wasn't keeping score. I know some people couldn't come because they had to work. I don't think less of them. I know for sure my cousin Kim was there but only because she sang an capella Ave Maria and she was amazing. But my dad knew who loved him and who was a part of his life. That's the important part - what you do with the living. If you really want to see your aunts, visit them while they are alive. They don't care if you go to their funerals.

Me: Besides, not a single one of your cousins or aunts went to your dad's funeral. So really - I don't think you have any obligation.

In which the catalogs will not. stop. coming.

1. The Democrats sent another survey to Sly. I had already sent the first one back with a note saying, "deceased - remove from list." So they sent a second request. This does not give me a good impression of their expectations of who votes.

2. I had told one catalog - no. I have told many catalogs to stop sending mail to our address. They decided that even though Primo put Sly and Doris on the Deceased Do Not Contact list, they would just send their catalogs to our house, along with the mail Primo had to forward from his mom and dad's, i.e., the electricity bill.

I told this one place (should I name and shame? Yes! I will) - I told Music and Menus to stop sending catalogs to Doris at Primo's and my address - that she died in May.

What do they do?

Send a catalog to Primo.

Hi - Please remove Primo from your mailing list and do not add anyone from this mailing address to your list. Isn't it bad enough that I am having to stop all my deceased inlaws' mail from coming to my house? Now you are sending it to my husband instead? STOP, PLEASE. WE DO NOT BUY STUFF. You are wasting your money.
Posted by the gold digger at 4:16 PM 4 comments:

In which the house, which is less than 15 years old, is inspected and the inspector has a huge list of repairs that need to be done, including replacing all the HVAC ducts because nobody could have anticipated roof rats in Florida


More stress about the house. The realtor finally got the results of the inspection and a long list of requested repairs. All I'd heard before today was that "the inspection went well," but apparently it didn't.
Oh man. I am sorry.
This is not what you need.
Maybe they will take an allowance?
The biggest issue is damaged HVAC ductwork because of roof rats.
oh no!
Ze rats?
According to the contract, our repair expenses are capped at $1000, but that will probably not be enough. The buyers could back out if I decide not to fix everything.
I would give them the money if they will just do the work
what a mess
And it would have been nice to get the inspection results sooner. The inspection happened 10 days ago. I could have looked at a couple of the issues while I was there.
they did not do it right
crap
They can ask for things to be fixed before they close. I thought we could give them the amount that is in the contract ($1000) toward repairs, but apparently that is not how it usually works. I don't know (having never sold a house).
And I'm not there, so this is going to be really stressful to deal with remotely.

Posted by the gold digger at 4:09 PM No comments:

In which I google Doris D to find some letters to the editor she wrote and find her 1984 reference, which doesn't surprise me, as she was very intelligent and very well read, but the ad-hominem attack disappoints me

I found a letter to the editor Doris wrote about Ann Coulter in which she calls her "skinny," "horse-faced," and "dyed blond." Then Doris says she reads Coulter for her morning "ten minutes of harmless hate."

And I am so disappointed.

Because really, Doris? That's the best you could come up with about Ann Coulter? You couldn't counter her assertions with fact? You had to resort to criticizing the looks of another woman?

I thought Doris had more academic rigor than that. I thought she had more integrity. I wanted her to be better than that.
Posted by the gold digger at 2:34 PM 5 comments: