The Candidate's Wife: This? This is why I hate politicians and reject all their empty promises

T - ten days: Local Politician tells Primo not only will she support him, she will help collect signatures and will bring ten clipboards to the signature-gathering event

T - seven days: We have to cancel the Sunday signature-gathering event because of weather and reschedule it for today (today = T)

T - one day: Primo asks Local Politician (who lives 30 minutes from our house) if he should just come by her house to pick up clipboards so he can have everything ready this morning. LP tells him she's not home but NOT TO WORRY SHE WILL BRING THE CLIPBOARDS


Posted by the gold digger at 8:08 AM No comments:

Primo: I feel like there are all these people against me. I never expected to have to fight my own side.

Me: It is awful. I feel terrible for you.

Primo: That was my friend who is helping [Guy in next district over who hasn't called Primo back]!

Me: He probably wouldn't ask for help if he were.

Primo: No! Maybe this conspiracy feels a lot bigger than it really is.
Posted by the gold digger at 4:54 PM No comments:

Primo: Why didn't these people just come talk to me before deciding to run someone against me? Why didn't they even ask where I stood?

Me: Maybe because you have made your views clear and they know you can't be bought.

Primo: And I called [Guy in next district who has just announced] to congratulate him and tell him he has my full support. I left him a voicemail but he hasn't called me back. Is he against me, too?

Me: Well, he is a federal prosecutor. But I worked with him for a few years on that board and I am pretty sure he is aligned with you on the development issues. He is as anti-gross development as you and I are.

Primo: My primary challenger put up her facebook page. Not Running Again (NRA) invited me to like it.

The Candidate's Wife: Nobody expects the Spanish Inquisition 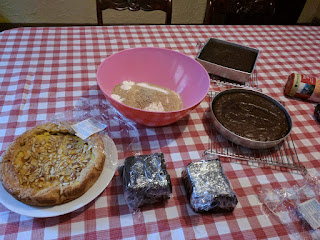 It's 8:56 p.m. The signature-gathering event is tomorrow.

People are coming over at 11:30 to pick up nominating petitions and walk lists. A walk list is a list of names and addresses sorted by whatever criteria. Usually, if you are campaigning, you don't bother talking to someone who never votes. You don't bother with someone who is solidly on the other side. You want to spend as little time as possible per voter to get the vote. If there were unlimited time, I suppose you could try to convince the non-voters that this time, they should vote, but your time is probably better spent talking to ten other people who do vote.

[And this is why I was not outraged when Mitt Romney said something about not bothering to try to reach the 47%. He said, "There are 47 percent of the people who will vote for the president no matter what." What followed that was not so good, but honestly, that's the fact of campaigning - you are usually not going to convince the other side to vote for you. So you try to turn out the base and, if possible, get the people in the middle.]

Primo has not printed the petitions or the walk lists.

Primo has discovered he is almost out of toner.

Unforced error, I call it.

So I am stress eating.

And I have been stress baking all day.

I swear this campaign is going to kill me.


Posted by the gold digger at 6:55 PM No comments:

The Candidate's Wife: And now? I bake

We are having a nominating petition signatures gathering party at our house in two days.

I told Primo I would make snacks.

David Lebovitz's dark chocolate sea salt brownies (once you try these, you will never go back)

The Candidate's Wife: Primo descends into despair. Then he talks to his campaign manager, who is worth the money just for talking Primo off the ledge. Then he believes me that he actually has a message.

Primo: I never thought I would have to run against someone from my own party.

Primo: I don't even know how to run against someone I agree with!

Primo: Stop! I have to figure this out! I have to do a complete reset! This is a completely new problem! I am an engineer! I have to think in sequence!

Long conversation with Campaign Manager, who has, since our Big Conversation About The Value He Is Bringing, has earned my undying gratitude by being the person Primo calls when he is stressed out.

Primo: CM thinks this is not a problem.

Primo: CM thinks a primary will bring me more attention.

Primo: CM thinks I can win a primary.

Primo: But I'm still not sure what my message is. She and I agree on the issues!

Primo: She IS a nice person! She even said she had wanted to run last fall but didn't want to take this away from me.

Primo: She and City Council Not Running Again (NRA) agreed a few months ago that one of them would run. His whole thing about not running again for city council so he could spend more time with his family was bullshit.

Primo: He would be easier to run against. Nobody who has ever met him seems to like him. [Friend who lives in our neighborhood and who works in the capitol] said if NRA won this race, he could condescend to 50,000 people instead of just the people in our neighborhood.

Me: And that was unprompted?

Me: Anyhow - your message is - and you don't have to badmouth Same-Party Opponent - is that you have been in the trenches. You were fighting even when there wasn't a chance for someone in Your Party to win this district. You have been here for the duration. You're committed. You have been fighting and will continue to fight. You didn't just show up when the odds actually got good.

Primo: Only I can't say it like that, of course.

Me: No. No need to say anything negative. But you just have to tell the truth. If this were just about positions, then robots could run. But it's more than that. This is about who you are and what you have done. You can win this.
Posted by the gold digger at 10:00 PM No comments:

The Candidate's Wife: Primo finally talks to the woman who called him yesterday

Primo: She wants to run.

Primo: She says we share a lot of the same values.

Me: So ----- she wants to run against you? Even though she agrees with you?

The Candidate's Wife: This is what it's like wondering if someone is going to challenge your husband in a primary

Imagine having a really upset stomach.

Imagine wanting to throw up.

Imagine not being able to throw up.

Or not knowing how long it will be before you stop feeling like you are going to throw up.

Imagine thinking about all those times your husband ran when the district really wasn't winnable but the party wanted someone on the ballot.

And now, everyone wants to run.

From your husband's own party. Against him.

Feeling sick and not knowing when or if it's going to end.
Posted by the gold digger at 3:13 PM No comments: