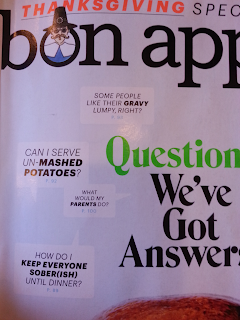 I had to laugh when I saw the caption, "How do I keep everyone sober(ish)?" because it reminded me - in a I have to laugh so I don't cry way - about Sly yelling at my nieces and nephew about the white meat.
Posted by the gold digger at 8:29 AM No comments: 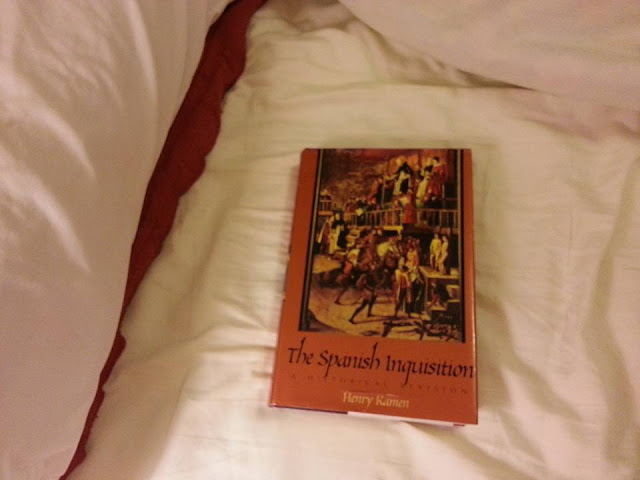 In which worlds collide sort of

And then this happened.

Primo and I went to the same college. Our class reunion is coming up. We are going to Houston to see all of our friends and it will be fabulous.

But - I let myself get talked into working on the fundraising committee.

What this means is I have asked people for money.

What is crummy about it is I have asked them for money for a cause I don't really believe in - the president of our college is very highly paid (overpaid, if you ask me) and the college itself has a huge endowment.

The only reason I care and the reason I gave to contribute was that alumni giving rates affect the college rankings.

I still work. I still have my college name on my resume. I need that name to be respected. So I have a dog in the fight of college rankings.

But I asked my friends to give ten bucks, just to get the rate up. The college is not poor.

The woman - a friend of mine - who is chairing the committee (she is also an in-house attorney for a big company, volunteers on a ton of boards, is the mayor of her township, and has four year old twins - she is AMAZING) asked me to send one more email. The reunion is next week - she wants to do one more push.

I had been emailing just ten people I had picked from the list.

She sent me a list of my entire dorm.

I sent the email - and noticed the last name on the list - the wife of my college boyfriend.

I have not spoken to either of them for years.

Not sure what to think.
Posted by the gold digger at 3:14 PM 9 comments:

RE The estate. Primo and I just about passed out when we read this. Primo was a little bit excited, which I think is evidence that he has some Stockholm Syndrome or whatever it is when you think that someone who is finally not being an asshole is actually a decent human being.

Ted, for one second, for about the only time since this whole thing started, is not being an asshole.

And he keeps mentioning, in each email, that he wants to talk to Primo.

There is nothing to discuss! It's not like Ted is helping with anything. Primo will be setting up the trusts after the new year (real time, this is November). He has already asked Ted to send documentation about Ted'sSon's special-needs trust so The Lawyer can make sure this new trust is done properly (or maybe even just put all the Sly and Doris money in the existing special-needs trust).

What is there to talk about?

Unfortunately, the only people who could browbeat Primo are dead. I cannot - I for sure cannot get him to do what I want when I want it. Although that might be because I am unwilling to employ any tricks like telling him, "You are a Bad Husband and you are abandoning me!"


(etc etc - Tons of details about the estate, including a spreadsheet showing all the assets and their current value.)

RE: The house sale, in which Ted just has to be insulting and to continue to beat a dead horse - the car has been sold and the contract has been signed for the realtor, so what is the point in telling Primo he is wrong?


On Nov 3, 2015, at 9:00 PM, ted
also suggest you compare notes with Ted'sWIfe about the selling process (not so fun) of her mom’s house—which is complicated by the ding-dong children of Ted'sWife'sStepfather, Ted'sWife'sMother's second and final husband, who own half of the proceeds.
I still think 5% is appropriate commission and that Dad's car was worth more but who gives a shit, as Doris would say? what would we do—give the money to Bernie or Donald?
cheers

On Nov 1, 2015, at 11:26 PM, primo
Ted, Jack,The house went on the market yesterday. The realtor did more work than he expected in the process of getting it ready to show; he was ready to list it on Tuesday, but that was exactly when I arrived to finish cleaning out the office and guest room. That was a messy process and I did not want to work around showings, so we decided to delay the listing until after I left yesterday morning.

Primo: The realtor put up the listing.

Me: I know! I saw it. He has done a great job cleaning the house and the yard. It looks really nice.

Primo: He has put in a lot of work.

Me: So of course you should do as Ted advised and cut back his commission. Because you know - there is no work involved in selling a house.

Primo: How should I handle this? The realtor is such a nice, hardworking guy, but his grammar is pretty bad. There are some mistakes in the listing.

Me: That are visible to the public?

Me: What if you would say, "Hey realtor! The listing looks great! You have done such a good job with the yard and the house. I noticed there are a few typos - I have corrected them here. Would you make the corrections on the listing?"

Primo: You mean instead of saying, "Wow you must be a stupid unworthy person because your written English is not perfect?"

In which Primo brings me more of Doris' clothes to wear

1. Ted still has not answered Primo's email telling him that Primo will not be setting up the trusts until 2016. (I am writing this on Nov 1, 2015)

2. We also had this conversation coming home from the airport:

Primo: I found more of my dad's sex diary.

Me: I thought you shredded that!

Primo: There was more.

Primo: I couldn't be sure - it was pages that were mixed in with other things.

Me: Did you read it?

Primo: Just enough to realize what it was. I took a bunch of papers to UPS to shred them, but I did these at home.

3. He brought me one of his mom's silk scarves. To him, it is just something pretty that he thought I would like. To me - I can't even. I love that man - maybe this is a woman thing?
Posted by the gold digger at 6:44 AM 6 comments: