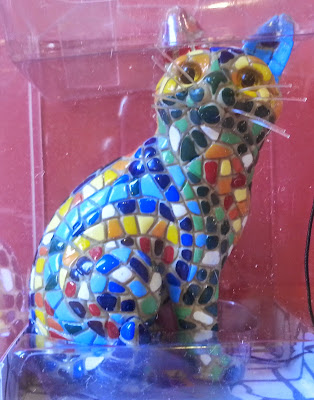 I am 36 hours into this endeavor. I am exhausted. I have 36 hours to go. I just want to survive.

There has already been so much drama. I am taking notes and will tell you all about it later. Too much going on right now.

But here are some high points:

Ted and TW's told Primo that because he is the executor of Sly's will and a trustee on his trust that it is up to Primo to "make the hard decisions" and "guide Sly to the right decision." It is Primo's job.

TW's also told Primo that he was lucky that he was unemployed and that we are not "financially strapped" because it is giving Primo the opportunity to take care of Sly.

Then she said it to me.

"Isn't is so lucky that Primo doesn't have a job so he can take care of Sly?" she asked.

She had just told me that she was not going to let Ted stay there longer than two weeks. "He has things to do at home!"

I replied, "It was not our plan that he spend the year doing this. He was supposed to be taking a well-deserved sabbatical, not washing Sly's urine-soaked clothes."

Then she said, "And of course it's really lucky you guys aren't financially strapped so you can do this!"

And to that, I had no answer. Here's what I wanted to say:

1. "Ted'sWife, I do not work as a hobby. Having Primo not work for a year is a real sacrifice for us and we are not making it so Primo can take care of his parents and listen to his dad complain about what bad taste Primo has in women and give Sly his urine bottle."

2. "Ted'sWife, we are not 'financially strapped,' but we are not rich. We do not live paycheck to paycheck, but frankly, anyone our* age and with our education and our opportunities who has not had disaster in their lives should not be 'financially strapped.' We are very very careful with our money and the only reason Primo is taking a year off is because we are so frugal."

* Meaning Ted'sWife, Ted, Primo, and me. Those people are the "our" in this statement.

3. "Ted'sWife, has your husband ever considered getting a job? Have you guys considered not parking in the short-term airport parking when much cheaper parking is available? Have you considered eating leftovers instead of throwing them away? There are ways to prevent being 'financially strapped.'"