Primo: My mom is upset that you did not talk to her about her gardening magazine.

Me: What is she talking about?

I am washing mustard greens for supper and am only halfway paying attention.

Primo: She says she had a gardening magazine right there on the coffee table and you should have seen it and asked her about it.

Primo: I guess so.

I put the greens on the cutting board and whack them with the butcher knife. I whack them hard.

Me: I mean, I am trying with your mom. I have written to her twice since we got back. I ask her about stuff. I do nasty chores when we are there. I didn’t know I was supposed to be able to read her mind. Is there anything that’s not my fault? 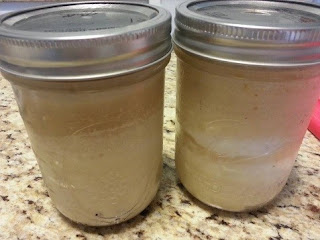 He backs away from the counter and a possibly errant knife. He doesn’t need to worry. I haven’t lost anyone yet. I haven’t even lost any digits, although I occasionally have need for a Band-Aid and some superglue.

As I stir the greens into the melting bacon grease and salt them, I finish my rant and return to the actual issue. No matter how maddening Sly and Doris’ comments are, I get a perverse satisfaction from finding the lunacy in their accusations.

Me: So what else did she complain about? Did they tell you not to marry me again?

Primo: They did not bring it up.

Me: They are probably hoping you will come to your senses and ditch me.

Primo: Probably. They probably learned with (ex-wife) that telling me not to marry someone is not the right approach. Anyhow, she says you didn't spend enough time with her.

Me: I was with your mother every single waking hour we were there except for when I went to Stephanie's, when I went running, when we went to church, which doesn’t count because they were asleep anyhow, and the couple of hours we took the kids bowling. Other than that, I was with your mom. That wasn't enough for her?

Primo: She says she is trying to reach out to you and you're pushing her away.

Me: Fine. Fine. I will try harder. I just wish I knew what the rules were.