Primo: My parents are really upset about something you wrote on your blog.

Me: They read my blog?

Primo: I guess so.

Me: But it’s been years since you gave them the address. And I thought they hated it.

Me: Weird. What are they upset about?

Primo: You wrote something about the wedding and the wedding supper and how you’re worried about seating the atheists and the pastors?

Me: Ouch. Not my finest hour, huh?

Primo: Yeah. They think you think they don’t know how to behave.

Me: Well they don’t.

Me: Can’t you tell them I meant my family? My brother has gone through his stages. Or that I was worried they would be offended by Pastor Gail and Father Joe?

Me: You’d think they’d be happy to see me participating in the family tradition of trash-talking people who aren’t around.

Me: Well crap. So that’s why they are boycotting the wedding?

Primo: That’s what they say.

Me: Would it help if I apologized? I should not have written that. That was dumb.

Primo: I doubt it. They really just want a reason that’s not about them not to like you. Kind of like the bad bacon eating.

Primo: Yeah, I think that’s it.

Me: They’re looking for any excuse where they are not the ones to blame and where they don’t have to admit the real reason they don’t like me, whatever that might be. Is there anyone who would meet their standards?

Primo: I doubt it. 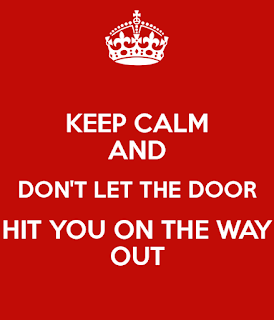 Me: Not even a socialist atheist environmental activist with a PhD?

Me: Exactly. They just don’t want someone to compete for your attentions. Love is a zero-sum game, right? It’s not, but time sure is. The more time you spend with me, the less time you have for them.

Primo: That’s what they think. They think if it weren’t for you, I would be with them all the time.

Me: If they were really hurt by what I wrote, they would have said so and asked for an apology. But they went straight to DEFCON five. They’re nuts.

Primo: I know. But what am I supposed to do?

Me: Never.
Primo: What about when we visit them?

Me: I just won't blog while we're there.
Primo: But they'll wonder why you're not writing about it. You blog every day.

Me: Tell them out of respect for their wishes, I am no longer mentioning them on my blog.
Primo: They'll be insulted if you don't mention them at all, especially when we are there.

Me: Like I care. They can't have it both ways.
Primo: They're not going to be happy.

Me: I don't care. Don't tell them anything. You don't have to put yourself in the middle of this. Just don't mention it. But I won't ever mention them again on my blog. I am done with them. Done.

[1] I mean, of course, the Other Blog, not this one, the Double Secret Probation Blog Where I Tell All.
Posted by the gold digger at 1:28 PM